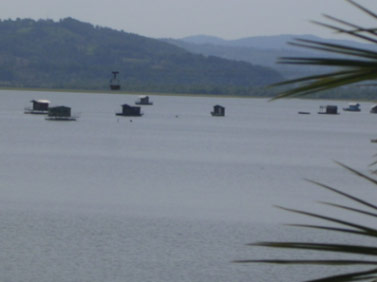 30. October 2017.
With the Local Communities for Cleaner Water Sources (April 2003-May 2004)
Unfortunately drinking and wastewater problems are not exclusively found in Tuzla, but occur in all of the largest cities of Bosnia and Herzegovina. For this reason we here at the Center for Ecology and Energy of Tuzla (CEETZ) have decided that we should show the people that even the local communities can make great strides forward in dealing with such situations, even with just a little work on their part. Our goal is twofold: on the one hand to simply protect the water sources, but also we want to lead the community into a better, more environmentally-focused mindset, especially with respect to water and its usage.

The city of Tuzla, with its 160 000 inhabitants, is the cultural, economic, educational and athletic center of the surrounding canton of the same name. Despite this, even Tuzla has access to water for a mere six hours total per day, split into two separate time periods. There are no water treatment facilities for wastewater in the city. Even so, the lack of awareness, or a development thereof, among the general population remains a significant problem Unfortunately these issues are not limited only to the city, but similar situations can be found in other parts of the canton as well.

Ideas have been put forth for usage of Modrac Lake (SA=16,75km2; V=88x106m3) to alleviate the water supply problems for the cities of Tuzla, Lukavac and Živinice, but so far little has been done to achieve such an endeavor. CEETZ wishes increase the awareness of the inhabitants around Modrac Lake and motivate them for a successful and lasting renewal of such initiatives concerning the potential usage of the lake.

The project “With the local community for cleaner water sources” was implemented by CEETZ between April 2003 and May 2004 in the community of Prokosovići, part of the city of Lukavac.

The overall goal of the project was to protect Modrac Lake through a combination of education over environmental issues for the local inhabitants and their own active participation in eco-activities for the area.

The project was equally funded by the following sources:

One can find descriptions of the realized activities/projects and their results that occurred between April 2003 and May 2004.